In retrospect I didn’t know what I was getting into. I had been wearing a knee sleeve for the past week and the knee was feeling better than it had in a while.

And I couldn’t wrap my head around missing out on an opportunity that was within my grasp.

Georgia’s Stone Mountain was mine for the taking…

So, like I do with any park that I have in my sights… I walked. 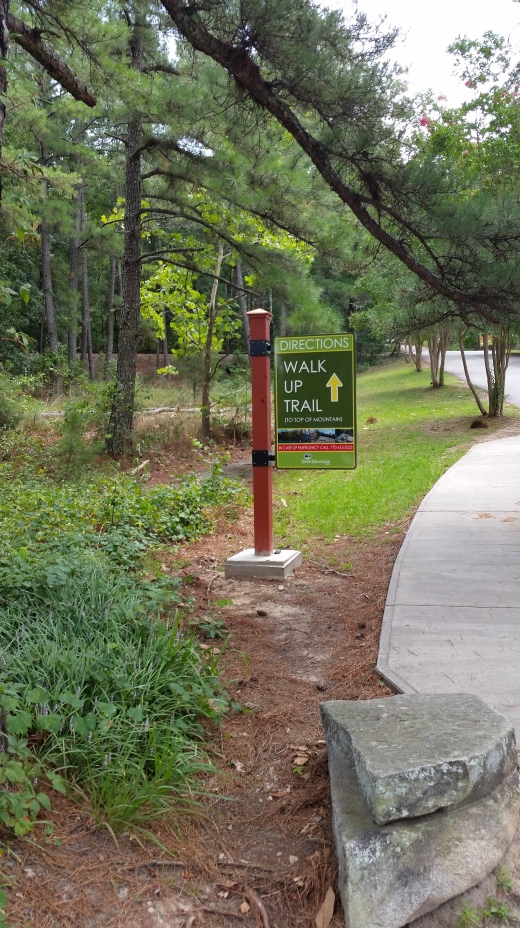 I saw the warnings, but I openly scoffed at them.

Closing myself off from the world that I am walking from is a metaphor of sorts as each time is different than the last. 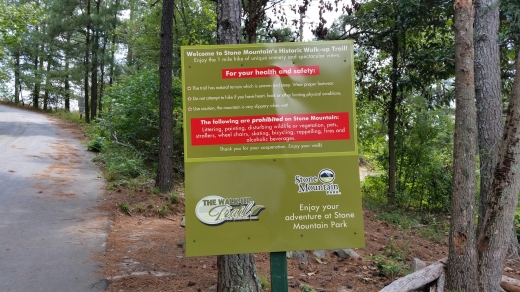 Often we encounter something ugly that would leave us inclined to turn around and head in the opposite direction.

Seeing the Confederate flag waving in the wind stirred something inside of me, the ugliness and the subjugation that it personified left my face twisted in a permanent sneer of sorts. 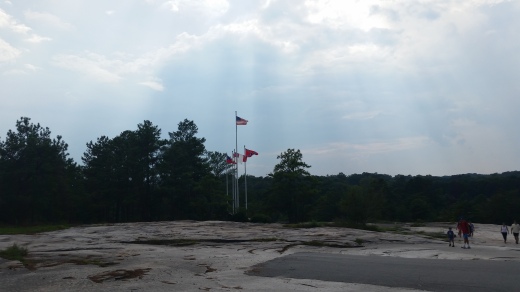 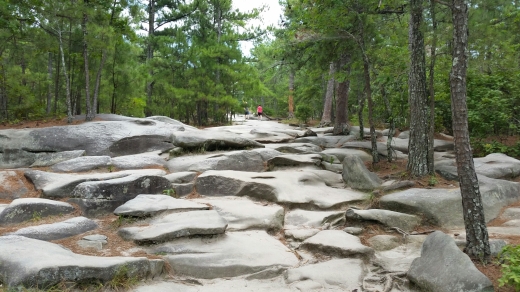 The disgust melted away as I looked at what laid ahead. I grinned broadly and scampered up the mountainside. 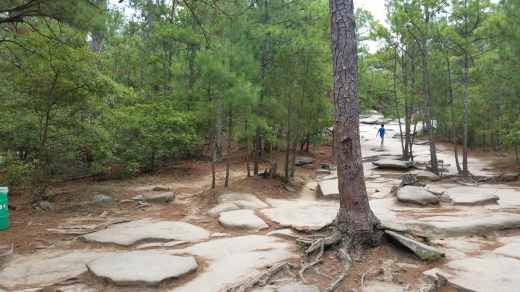 As I moved on the incline seemed to steepen, the sweat began to sting my eyes. As continued on I found myself drinking heavily from the water that I had packed in my bag. 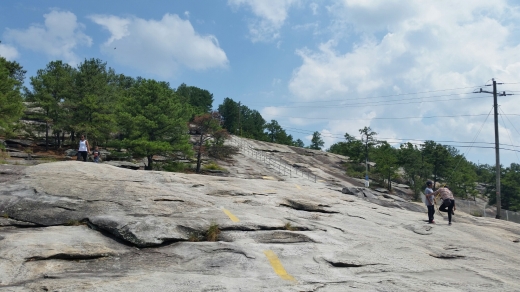 Just as it seemed I was getting closer the farther it seemed to be. Maybe the writing was on the wall and I was oblivious to the message that was being conferred.

But… I wasn’t alone, there was a number of people pressing on just as I was.

I watched and procured power from their efforts. 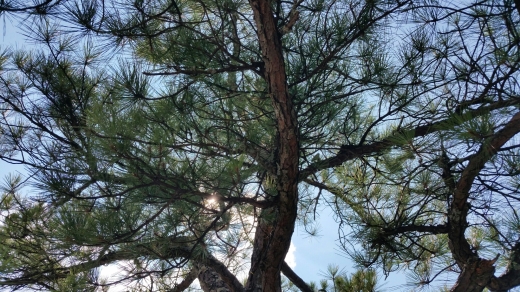 I reached a point when I saw the last stretch of my journey, it was a steep climb up to the top and I couldn’t deny the audible wheezing that masqueraded as my breathing.

I collapsed on a rock and took in the shade while gulping down a mouthful of water taking care not to waste a drop.

I looked through the branches at the sun beating down on my skin and thought that I was going to appreciate reaching the top more than I initially expected. 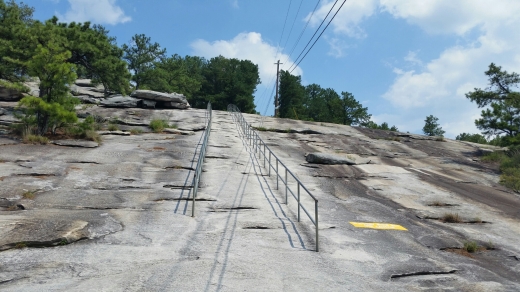 After about 8-10 minutes of questioning my resolve, I got up and forged ahead. Holding onto the rail tightly as I pulled myself up. 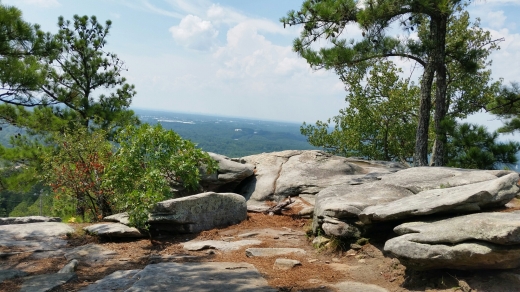 The overlook was tempting, but I stayed on the path.

So many people engrossed in the effort. 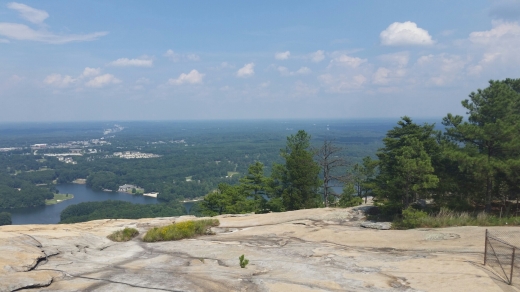 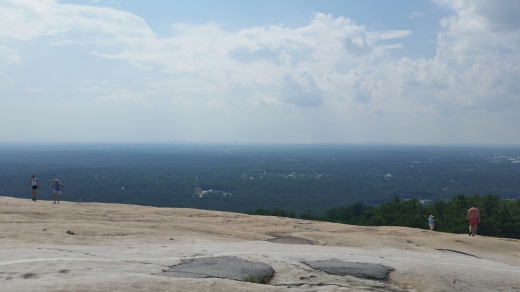 Now I had to contend with losing my breath because of the awe inspiring beauty that comes with being 1,686 feet above it all. 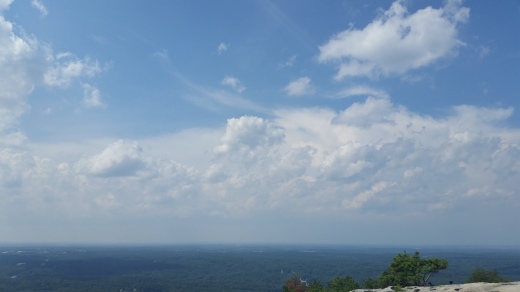 I was a little closer to the peace of mind that I always find myself searching for on these walks.

It is a exercise in consistency as I never doubt the presence of God because it is enveloping and all encompassing. 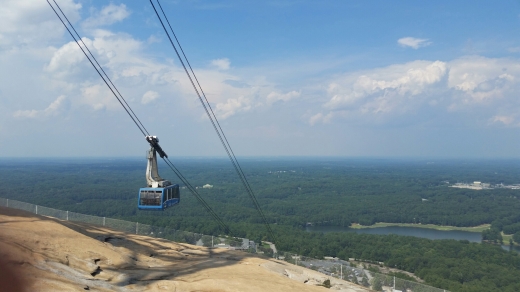 I entertained the thought of taking the cable car down, but I decided against it. 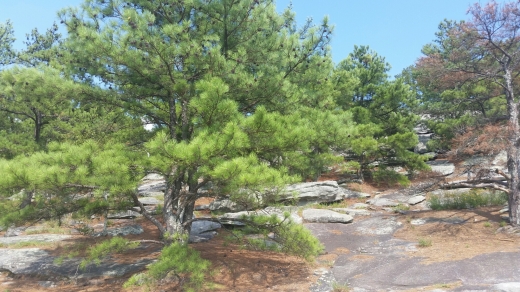 I reclined underneath a outcrop of trees and let the solace marinate as I always do.